The prevailing compromised medical system permits scientists to accept not only research funding, but also personal payments from the drug manufacturers. These personal payments often take the form of speaking fees, consulting fees or honoraria paid to influential experts to help disseminate the biased results of studies conducted with drug industry funds. This serves to mislead not only the public but other physicians as well about the safety and effectiveness of treatments. The situation is elaborated in the paper “Key Opinion Leaders: Where They Come from and How That Affects the Drugs You Prescribe,” published in June 2009 in Dermatologic Therapy (the reader can scroll down and click on ‘Preview Article’ to look inside).[45] This paper summarizes:

Key opinion leaders (KOLs), also known as thought leaders, are the experts in their field upon whom we depend for original research leading to disease understanding and new therapies. We rely on them to write the articles, author the textbooks, and give the presentations that we absorb. … KOLs have become intimately entwined with the marketing of pharmaceuticals and medical devices, used not only to lend credibility to claims of efficacy and safety but also to promote anecdotal and off-label use of these medications to increase industry profits [the off-label use of medications refers to the prescription of drugs for uses not approved by the FDA, which physicians are legally permitted to do at their discretion]. Identification and marketing of the KOLs themselves is being done more and more often by KOL management companies who are hired by industry to turn those involved in medical education and research into efficient and productive members of the sales force. …

Effective KOLs are now one of the primary marketing tools of the pharmaceutical and medical device industry. How one becomes a KOL now starts the same as it always did, but at some point the young dermatologist is recognized by industry or companies that specialize in identifying potential KOLs and is groomed for success in the modern marketplace. No longer talking for free at focus sessions, researchers are paid to give talks at local and national meetings, still on areas of expertise, but primarily topics for which a new, reformulated, or redesigned drug or device is now available for purchase.[45]

The dynamics described is not only common to the field of dermatology the above excerpt describes, but applies to the case of ADHD drugs too as has been demonstrated by examples in the preceding chapter.

The truth about the key opinion leaders of the medical world is further described in the article “Key Opinion Leaders: Independent Experts or Drug Representatives in Disguise?” published in 2008 in the British Medical Journal (BMJ).[46] This article quotes Kimberly Elliott who was a drug company sales representative for about 20 years. Elliott worked for several global pharmaceutical companies including Westwood Squibb, SmithKline Beecham, and Novartis. She states:

Key opinion leaders were salespeople for us, and we would routinely measure the return on our investment, by tracking prescriptions before and after their presentations. If that speaker didn’t make the impact the company was looking for, then you wouldn’t invite them back.[46]

This British Medical Journal (BMJ) article further states, “Ms. Elliott says she would pay these respected doctors $2500 … for a single lecture, which was largely based on slides supplied by the company.” The article continues to explain, “drug company marketing staff are urged to work routinely with key opinion leaders and try to make them into ‘product champions.’ ” The article describes:

The first steps in recruiting and developing a set of opinion leaders are to “evaluate their views and influence potential;” build relationships with them; and then provide the doctors with “appropriate communications platforms” so they can “communicate on your behalf” with other doctors and the wider public …

As this 2008 article in the BMJ explains, marketing drugs through hired experts is so common that numerous independent firms have developed software-based solutions to help manage the drug industry’s key opinion leaders. One such company is Veeva and another is KOL, Llc. The websites of these and other key opinion leader management companies are filled with hilarious sounding phrases. For example, Veeva states that their software Veeva KOL Data allows “improving key opinion leader engagement as healthcare evolves.”[47] For KOL, Llc., what their software does includes “influence mapping” and to “identify rising stars,” referring to physicians whose influence is on the rise.[48] 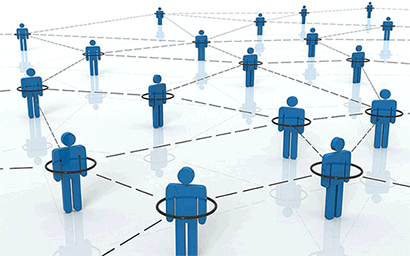 All of this shows how the world is influenced by a huge network of software-managed business intermediaries masquerading as medical experts. Software-based key opinion leader management strategies may keep evolving with the advancement of technology, as long as this compromised system allows such practices and permits the defrauding of millions of physicians, parents and others who keep trusting “expert knowledge”.

The Pulitzer Prize-winning investigative newsroom ProPublica has determined that in 2012, about 10% of researchers simultaneously accepted both research funding and personal payments for promotional speaking or consulting from the same drug maker.[50] Such practices fueled with irresistible amounts of dollars keep misrepresenting the safety of medications like ADHD drugs.

Among all medical specialists, “psychiatrists earn more money from drug makers than doctors in any other specialty,” reports the New York Times.[51] Dr. Nathaniel Lehrman, former assistant professor of psychiatry and former Clinical Director of Kingsboro Psychiatric Center in Brooklyn, describes the extent that the American medical profession has sold itself to the drug companies, stating, “in no other medical specialty has that prostitution reached the depths it has in my specialty, psychiatry.”[52]